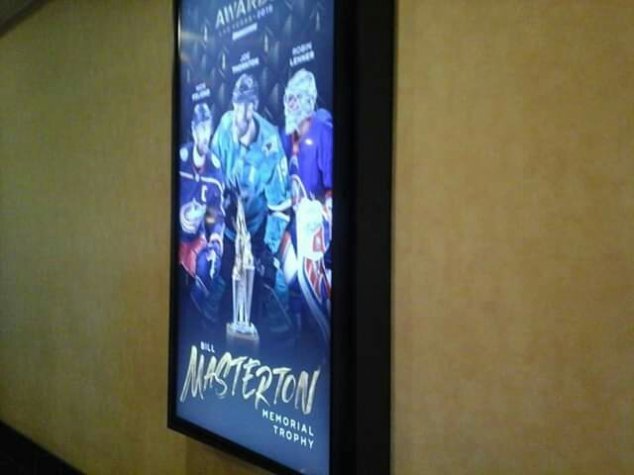 This is one of the main reasons that I come to Las Vegas in June.

No, who am I kidding?

This is THE only reason I come to Vegas in 100 plus temperatures Fahrenheit in June to see the NHL honor the best players for the whole season.

The Sports Diva isnt the only one who marks this date on her calendar every year.

Other hockey fans make their own 30 Plus Teams Tour of Las Vegas to do this and you don’t have to dress up.

Represent your hockey team, especially if they have a player nominated for best goaltender , best defenseman, best coach or even for their dedication to hockey.

(That dedication to hockey award is real not just a made up name. It’s called the Masterton Trophy and it was named for Bill Masterton , who unfortunately , lost his life while playing hockey for the Minnesota team . )

I normally get pictures with the players who were nominated , but not this time .

You had to have a bracelet to do what’s called the Red Carpet this year.

Thank you to those fans who bring all that stuff to be autographed by the players and then you sell them!

Because of y’all , the Sports Diva and other hockey fans can’t get up close and personal with our favorite and definately not so favorite hockey players at the Mandalay Bay Events Center.

At least tickets were inexpensive enough to attend the awards ceremony , something that I hadn’t done in 2 years.

Pictures are worth a thousand words, so get your money’s worth by checking out some of the action from the NHL Awards . 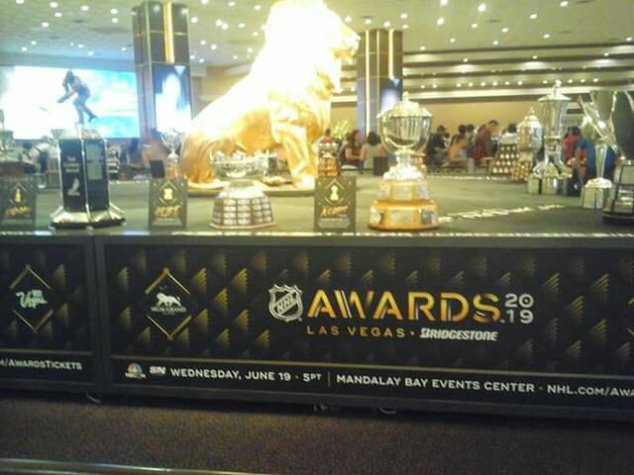 My Delta flight from JFK just left the gate at almost 9pm.

I’m on my way to New York City on steroids , better known as Las Vegas .

I know what some of you are thinking .

Sports Diva weren’t you just there in February?

That would be a big fat yes.

June is when I normally come to the city for the NHL Awards and Red Carpet and this is no exception .

I get into Vegas around midnight Vegas time, which is 3am New York time.

I know it’s Vegas, but I really wanna go to sleep, not party like a rockstar.

I’m here for 5 days, I can do that partying like a rockstar thingy later.

The documentary on actress Jane Fonda isn’t even putting me to sleep cause it’s really interesting .

Yes, I should be sleeping but I’m in Vegas and I’ll have plenty of time to sleep when I get back to New York City . 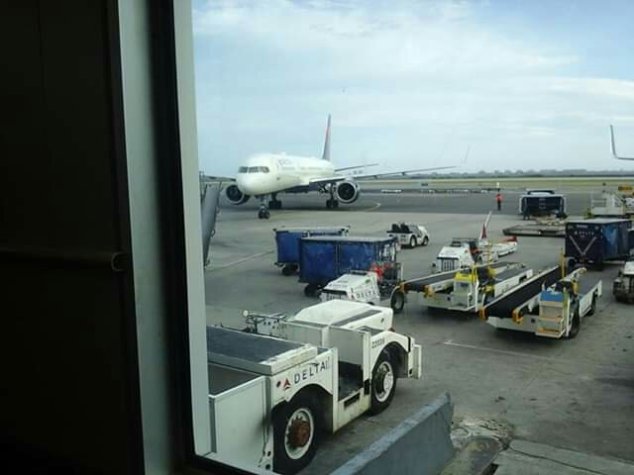 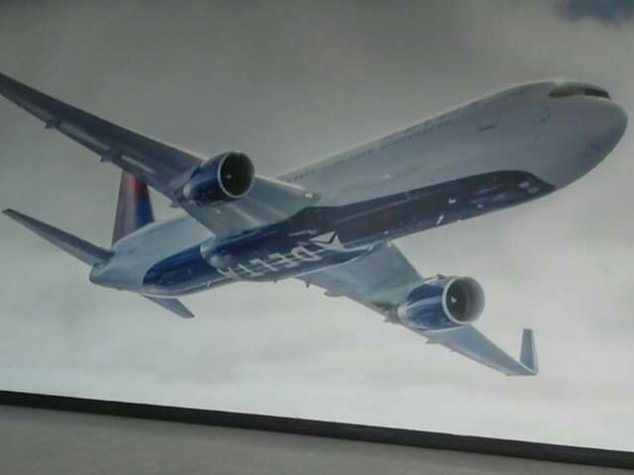 As I sit in my room, watching the rain and thunder strike everything in its path, I forget that we here in New York City might not get the devastation from Hurricane Florence that North Carolina got, but we can get her remnants and thats just what we’re getting right now.

The nights are starting to get darker earlier than usual, and those 90 degree temperatures with the just as high humidity are slowly going away.

It’s the 19th of September and in two days we’re going to be saying goodbye (and good riddance) to those sweltering hot days.

The cooler weather is coming, which means stock up on all things that are Pumpkin Spice, whether it be tea, coffee, cake or even ice cream.

I’m taking a break from traveling for awhile, but who knows, that may change.

The summer months of May, June, July and August were full of good memories.

Smelling the flowers on the Bronx campus of Manhattan College, a place that I hadn’t been to since I was in college in the 1970’s.

Revisting Atlantic City , something I hadn’t done in 4 years and walking on the famous Atlantic City Boardwalk , another one of the things on my bucket list .

Eating seafood and getting a history lesson in one of my favorite cities, Baltimore, Maryland .

Yeah, there was some baseball in there too, because no matter what the season is, there’s going to be a 30 Plus Teams Tour going on.

There was even some time to enjoy New York City , Roosevelt Island and the Brooklyn Bridge Park , another thing to cross off my bucket list .

Finally in June, there was one of my favorite memories.

Getting together with other sports divas at the NHL Awards in Las Vegas , another one of my favorite cities.

Summer went very fast, but then it seems as though 2018 is going by wicked fast .

But my great memories of 2018 will live on and I hope you enjoy these memories as much as I did. 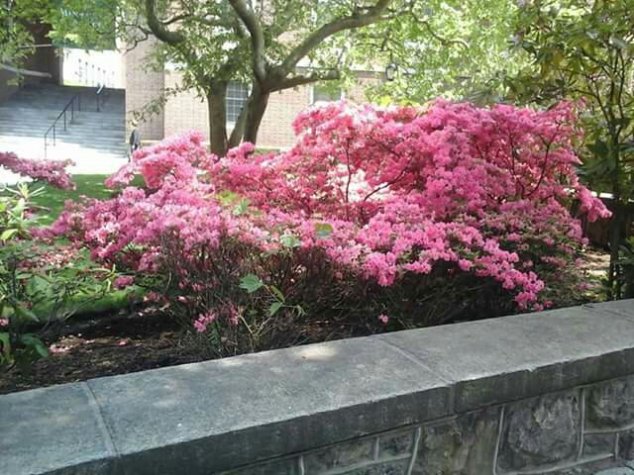 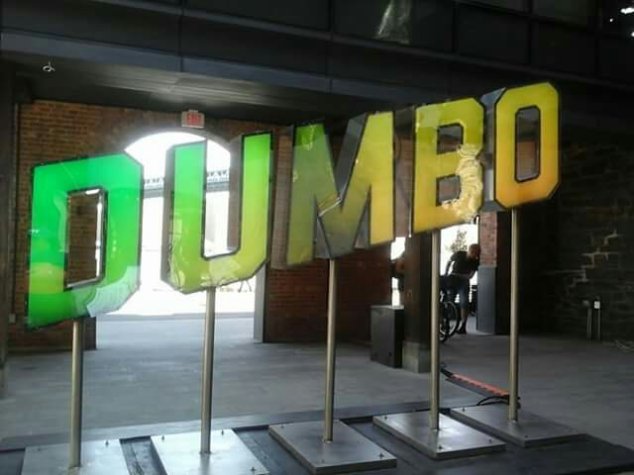 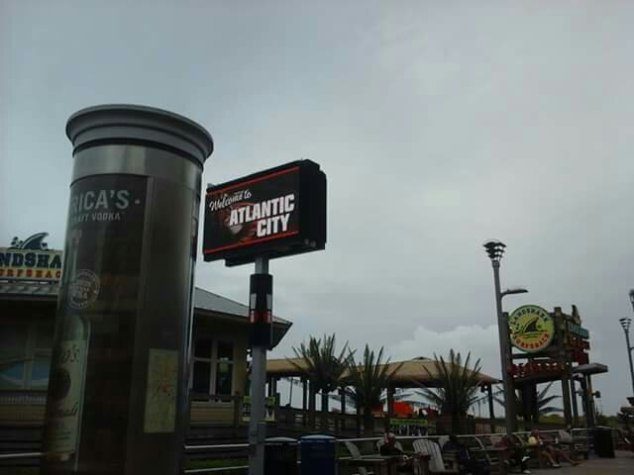 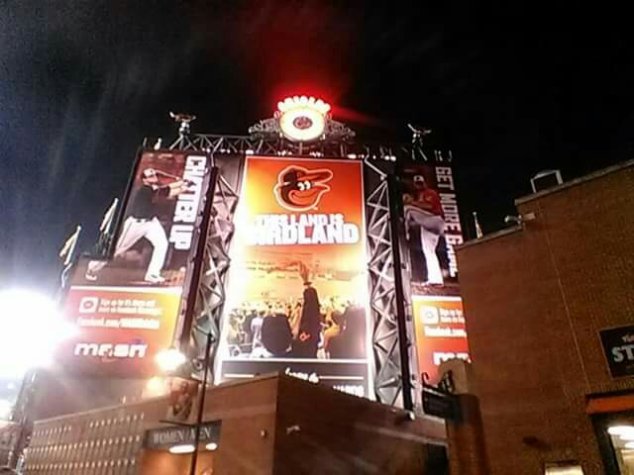 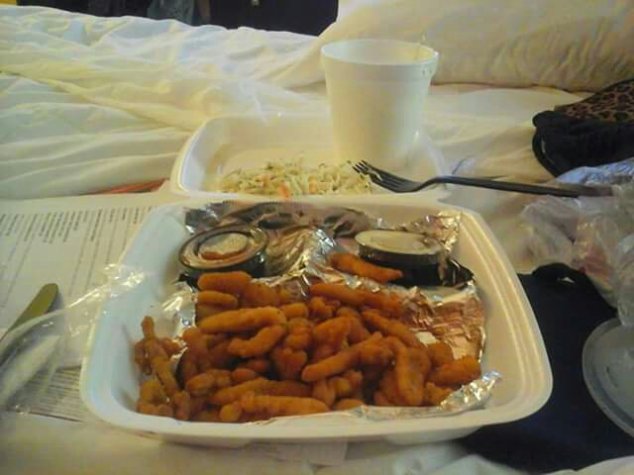 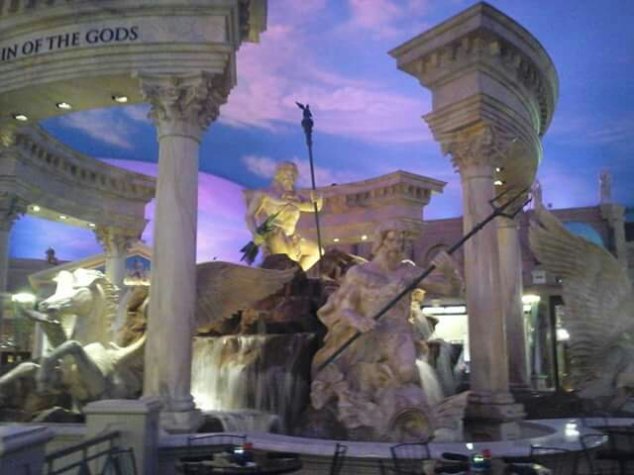 Not only was I there for the shopping, dayclub parties and nightclub parties, but the main reason that I go to Las Vegas every June, the NHL Awards and meeting up with old hockey buds and always meeting new hockey buds. 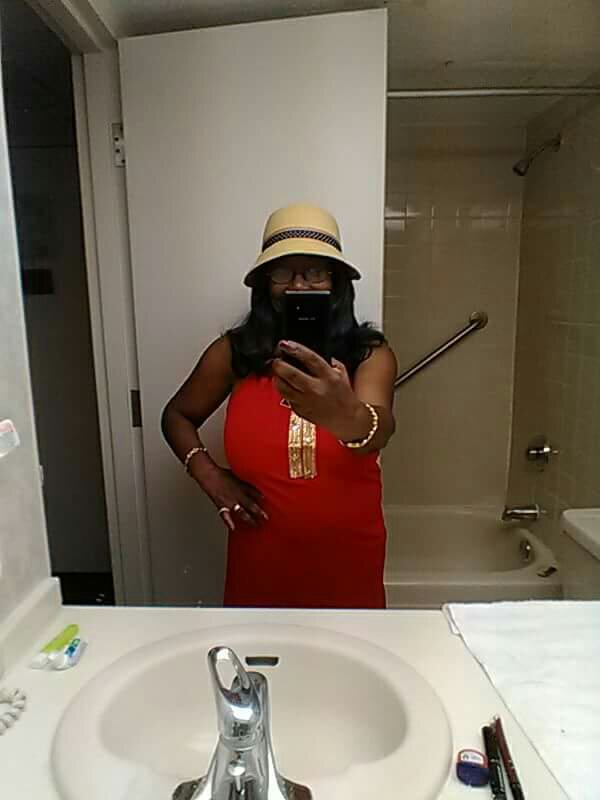 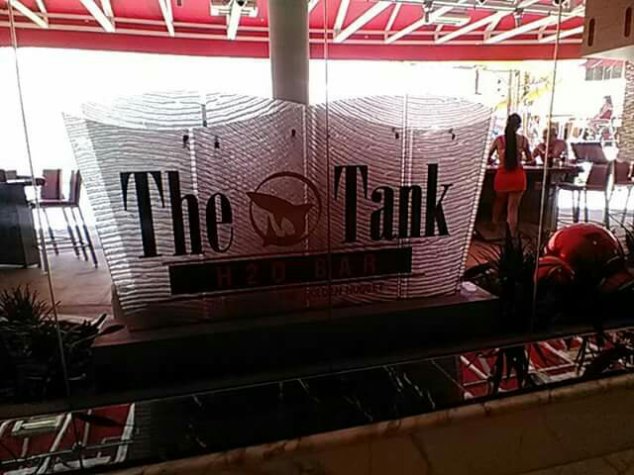 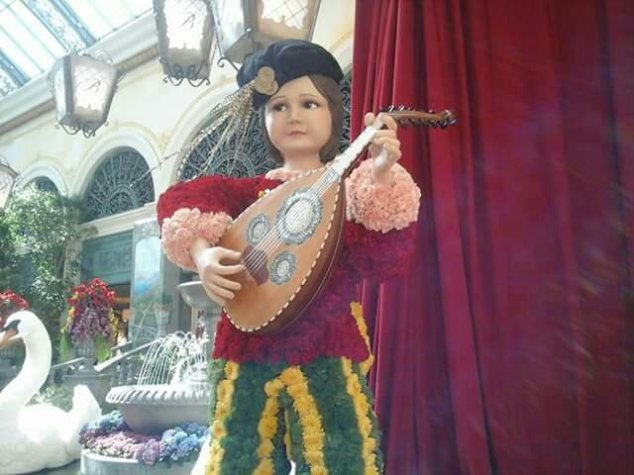 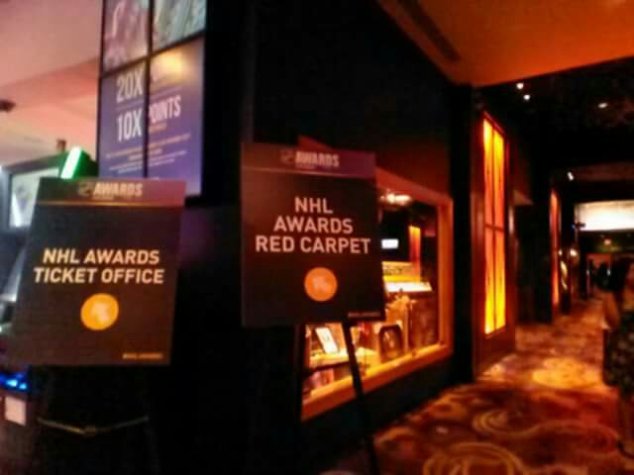 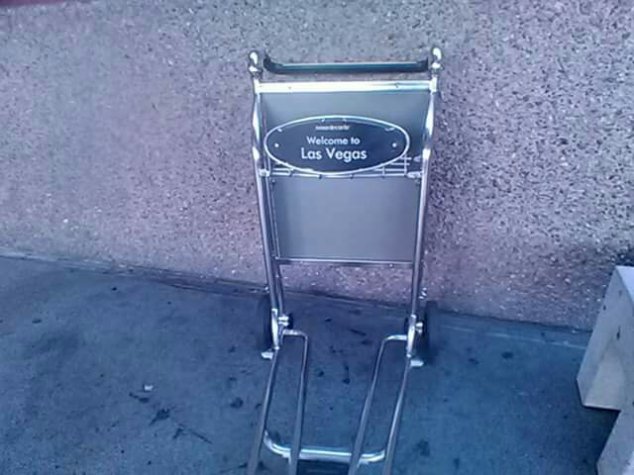 It was all about eating, having fun and oh yeah, because this is a 30 Plus Teams Tour of Las Vegas, it was all about team number 31 of the National Hockey League, the Vegas Golden Knights. 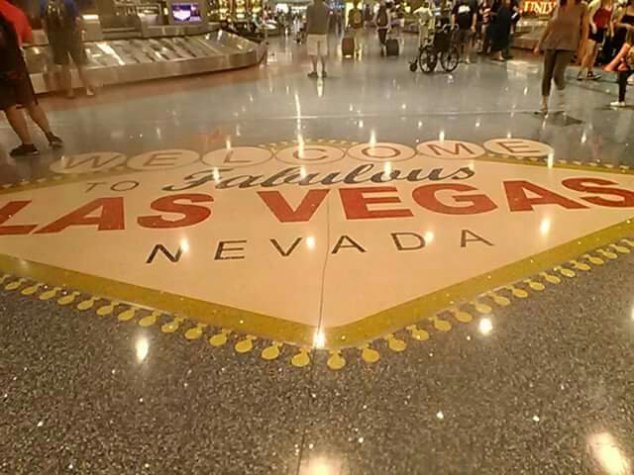 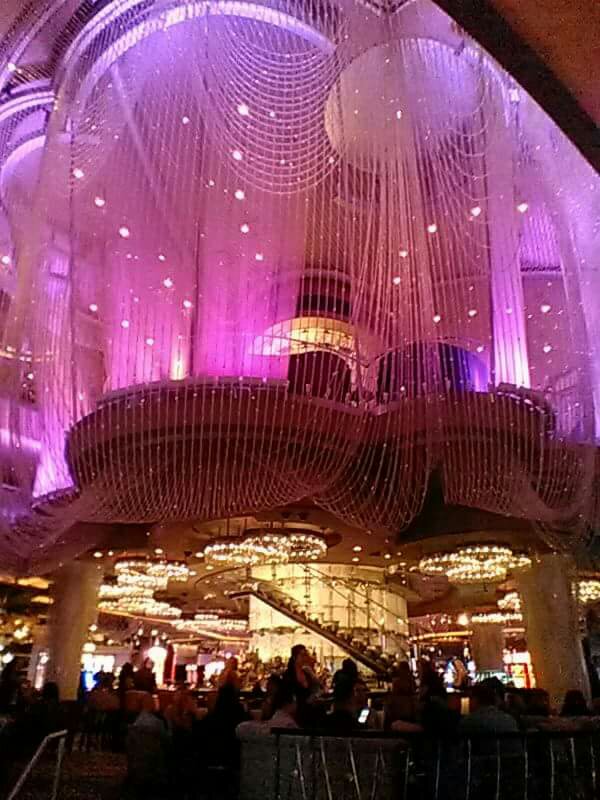 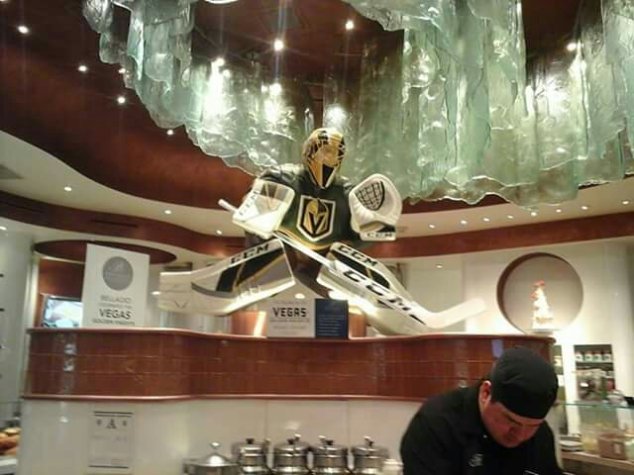 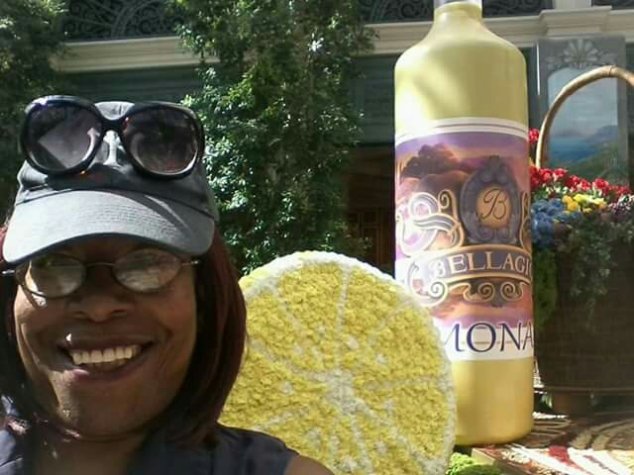 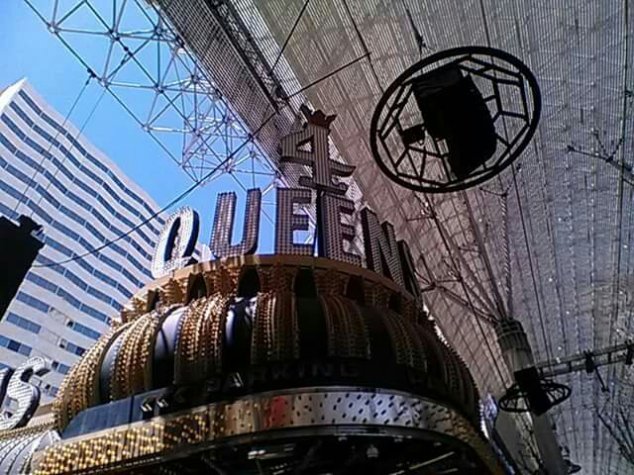 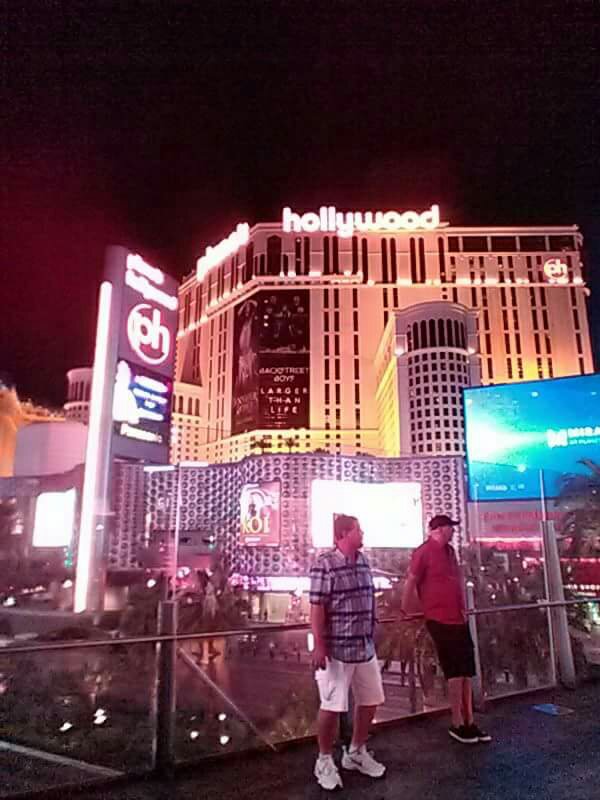 At this time  though ,  at the middle  of  October ,  my favorite  memory  from this year so far occurred in a five day span, June 18th  until June 23rd .

This was my annual  trip to  Las Vegas  for the NHL  Awards  and  red carpet  ceremony.

This year was an extra  special  one though.

Las Vegas  was getting  a  brand  new  hockey  team, the Golden  Knights.

Not only was the city hosting  the awards, something  that they had done for the  past few years at some theater in one of the many casino – hotels in  town, but they were going to hold the ceremony  and  the Expansion  Draft  at the T-MOBILE  Arena ,  home of the team.

Everyone  who attended  the  awards ceremony  also got to see and hear just what players would  be  wearing  that black hockey jersey trimmed  in gold and red with the gold Knights  shield  on the front.

I was really  excited  because  for once not only was I  going to  the red carpet  ceremony  and take pictures  with hockey players nominated  for  awards, but I  could  actually  afford  tickets to  the  awards  for once.

The only thing  that  I  didn’t  like was the unbearable  heat.

The  city does get wicked  hot in the months  of  June, July ,  and August ,  but maybe because  I’m  getting  older and hadn’t  lived in  Vegas in 7 years, the heat did bother me a lot this time and  I  was wearing  a  sleeveless  dress.

I can never forget how excited  I was when five of the newest members of  the  team came on stage and greeted the crowd.

They were wearing  their jerseys without their names or numbers on the back.

The crowd in the arena was electric  and this wasn’t  even a hockey  game  that was being  played .

There was even a question  and answer period after the ceremony  was over with not only the same five players, but the coach of the team as well.

It was something  that  I’ll  never forget .

Vegas was ready to  show the world  that the newest member  of “The Shield  ” could  put on a show worthy of “The Entertainment  Capital  of  the  World  ” when their first inaugural  home game happened on October  10th .

Yes, this was definitely  my favorite  memory  of  the  year ,  if not the summer.

Who would  have  known  or even  thought  that  just a few  days  before  October  10th ,  someone  would  make  my favorite  memory  of  the  year very bittersweet ?