It may not seem like it, but everytime I do a 30 Plus Teams Tour of somewhere, there always seems to be food involved.

My 30 Plus Teams Tour of Washington DC was no exception.

I met up with a friend that I haven’t seen since my last visit to DC.

When I come to DC, I let my friend, Harriet F, choose the restaurant.

The last time we met up was a restaurant in Downtown DC(and after that a Washington Capitals hockey game. If she’s a friend of the Sports Diva, you just KNOW that a sporting event is going to take place.)

This time, Harriet outdid herself and choose a restaurant in the DC suburbs, near her house.

It’s called Fontina Grill and it’s located at 301 Pleasant Drive in the city of Rockville, Maryland.

To get to the restaurant, which is in the King Farms neighborhood of Rockville, you can get off on the Red Line Metro stop of Shady Grove.

The Red Line Metro stop of Rockville is a stop before Shady Grove, but Shady Grove is an easier stop for the restaurant, and then of course you have to walk a few blocks if you don’t have a car, which we didn’t.

The cuisine is mostly Italian, with a lot of seafood thrown in.

You are in the state of Maryland, known for its seafood, so don’t be surprised to see a lot of shrimp and especially crab cakes on the menu.

When you look at the menu, you are amazed at how inexpensive this restaurant is.

(Being from New York City, I know I was.)

Even the appetizers are inexpensive and you can have just those rather than order something from the main menu.

You won’t leave the restaurant hungry, and if you do, that’s on you boo boo.

While Harriet had the Meatball Fra Diablo, which was three huge meatballs loaded with cheese, I had what is known as one of the “Fontina Favorites”, Mussels Caprese.

It was only $11.95 and it makes my mouth water still just thinking about it and how muy delicioso it was.

I was in seventh heaven when the waitress asked if I wanted a side salad with it for only $2 more.

Never one to turn down a salad, especially with a side of Raspberry Vinaigrette, as a dressing , you know I said yes.

Let me just say that the Sports Diva isn’t a big fan of garlic, but this wasn’t the type of garlic sauce that overwhelms you.

The other ingredients complimented the garlic perfectly.

If there’s ever a time that I come back to DC, and I want to go to a different restaurant with or without a friend, I’ll do a solo trip to Fontina Grill. 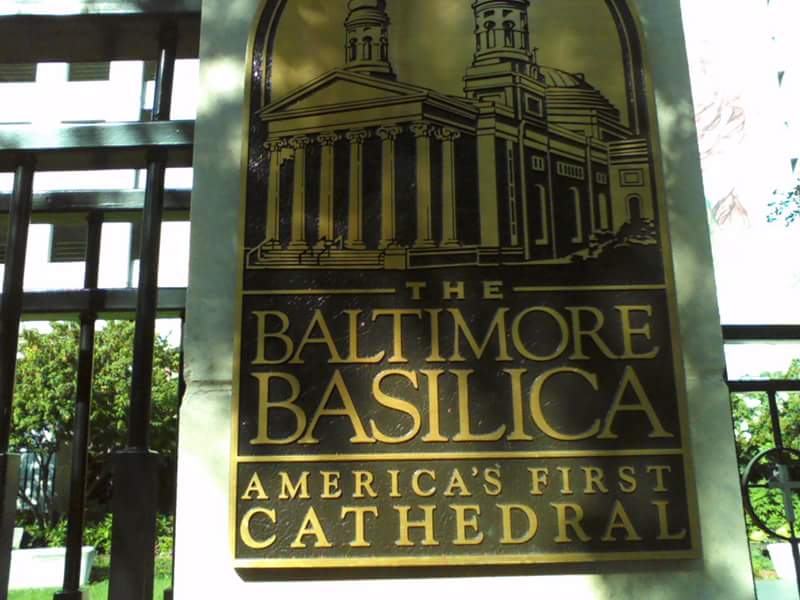 The  state  of  Maryland  was  settled  by  Roman  Catholics  from  England  who  couldn’t  practice  their  faith  back  home .

The  church  was  already  beautiful  but  the  renovations  which  have  taken  place  in  the  past  few  years  have  made  the  cathedral  even  more  beautiful  to  look  at .

Save  those  for the  Baltimore  Ravens  football  game  or an outing  at  Camden  Yards .