I returned back to New York on Friday morning , actually Newark Liberty Airport , after spending 5 great days doing a 30 Plus Teams Tour of Las Vegas .

Las Vegas to Newark Liberty Airport turned out to be a cheaper fare than flying into the airport that’s in my backyard , JFK .

I got a “Basic Economy ” ticket from United Airlines .

I hadn’t flown on United Airlines since I lived in Los Angeles and that was a long time ago .

After the flight was over, I can see why I hadn’t flown them in years .

For one thing , United Airlines at Las Vegas McCarron International Airport isn’t in Terminal 1, where most of the other domestic carriers are.

It’s located in Terminal 3 where most of the International flights are.

To get from Terminal 1 to Terminal 3, you must take a shuttle bus .

If you want to try to walk to Terminal 3 from Terminal 1, dont even think about it .

This is Las Vegas after all , where things aren’t as close as they seem .

It’s not even close, and for some reason , there’s no Terminal 2.

When I finally arrived at the terminal to check in, I looked at the flights going back to the New York City area, which is Newark Liberty and JFK .

Due to really bad weather in New York and New Jersey , a lot of flights have been cancelled.

I walked up to the kiosk and put in ny information .

I was going to carry on my little bag which was airline approved to fit into the overhead bin.

It wasn’t approved by United.

“Oh no. You have a basic economy ticket. You can only have a personal item. You have to check in your bag which is full size. It’s $30.”

This wasn’t friendly at all.

When I got to my gate , more surprises were to come.

‘This is a gate and time change for United flight 1999 with service to Newark Liberty . The flight is now leaving on time at 10:45pm and is now leaving from Gate 56 insted of Gate 53.

I was getting a lot of exercise in Vegas, even at the airport.

When we finally got on board , we were delayed again .

I was looking for entertainment but United wanted you to download their own app BEFORE you get on the plane, so you could watch movies, play movies,etc.

C’mon United step up your game, you aren’t Spirit Airlines .

I was so tired that I didn’t care that I was sitting in the middle seat or that I even missed the safety demonstration .

There was more “friendliness” from United when I looked for my bag.

After getting myself refreshed, I went to the baggage claim where my bag was.

Or at least where it should been.

I went down to baggage claim number 6 , and even though this was the the baggage claim for Flight 1999 , my bag was no where to to be found.

I went to the baggage office for all airlines, handed the lady my tag, and even described my bag, only to have the lady tell me;

“Nope, no leopard bag here. Did they tell you it was here?”

I was told to go to the United Baggage area where they could trace my bag.

The lady behind the counter looked as though I was interrupting her from something important , like a happy hour meeting or something .

I walked to the baggage claim not wanting to know how on earth my bag got to a baggage claim where flight 1999 didn’t even arrive at .

I was ready to get out and take the PATH train to New York City .

After all this travelling by plane, I was more than ready to deal with the crazies on the New York City subways .

If it sounds like the Sports Diva had the return flight from hell, yeah I did. 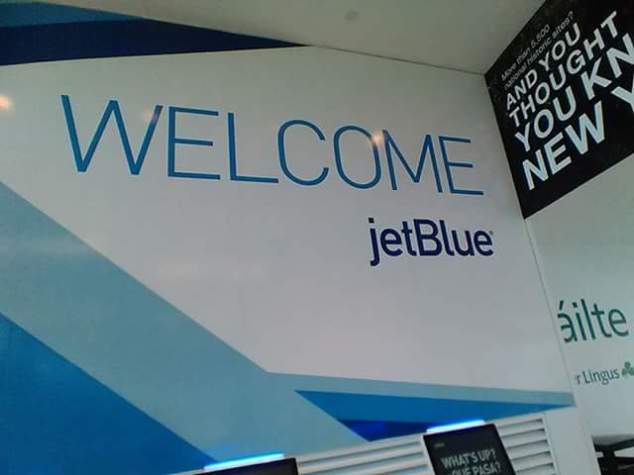 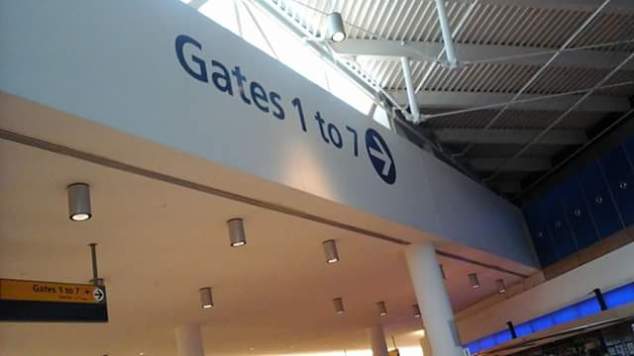 Jet  Blue  airlines  had told me via email  to be prepared  for  delays  at the  airport  due to  the  major  construction  that  always  seems  to  go  on at this  airport   so I  knew what  to expect .

I always  try to   get to  the  airport  or bus terminal  early  because  I  hate being rushed and I  also  like  to  people  watch.

Or so we thought .

This  is  JFK ,   nothing  ever goes  smoothly  at this  airport ,  including  airplanes  taking  off when  they’re  supposed  to .

So for  another  hour, or so it seemed ,  I  wasn’t  leaving  on a JetBlue  flight  and neither  were the  other  passengers .