There are so many  museums ,  monuments  and  memorials  in Washington  DC  that  you  just  don’t  know  which  one  to visit  first .

Most  tourists  who come to  the  Nation’s  Capital  always  seem  to  visit the same tourist attractions .

The Lincoln  Memorial ,  Arlington  National  Cemetery ,  the Vietnam  War  Memorial ,  Martin  Luther  King  Jr  Memorial , the Washington  Monument ,  and even the World  War I I  Memorial .

No matter  what time  of  the  day you go to  visit  this memorial, there doesn’t  seem to be a lot of  tourists  visiting  .

It could be how long it takes to  walk to the  memorial  or maybe it’s  the out of  the  way location  of this  place.

If you choose  not to  visit this  memorial, you’re  missing  out  on  seeing  one of the most beautiful  locations  in the city, it’s  called The Tidal  Basin.

In the spring, you’ll  get to see the  Cherry Blossoms ,  which were a gift from Japan.

When the cherry blossoms  come out, you’ll  have one of the most Instagram  worthy pictures of  the  city.

The shape  of  the  building  might remind  some of  you  to your visit to  Monticello ,  Jefferson ‘ s home in Virginia .

It might also  remind some of  you  of the rotunda  at the University  of  Virginia .

President  Jefferson ,  who seemed to  take this multitasking  thing and run with it ,  not only designed the rotunda  at his home, but also at the  University  of  Virginia  as well.

The rotunda of his memorial is basically  the same at what you saw in Charlottesville ,  Virginia .

Walking  up the many steps  to  the memorial, you notice the statue of the president .

He seems to  dwarf the entire place.

Not surprising, because  he was one of  the  tallest  presidents .

All around  the  building ,  you notice all the things that Jefferson did in his lifetime .

Planter, musician ,  ambassador ,  vice president ,  president, husband  and  father, not to mention  a  signer of the Declaration  of  Independence .

As you look around you think to yourself ,  where did this guy get all this energy  from and when did he have time to  run the country? 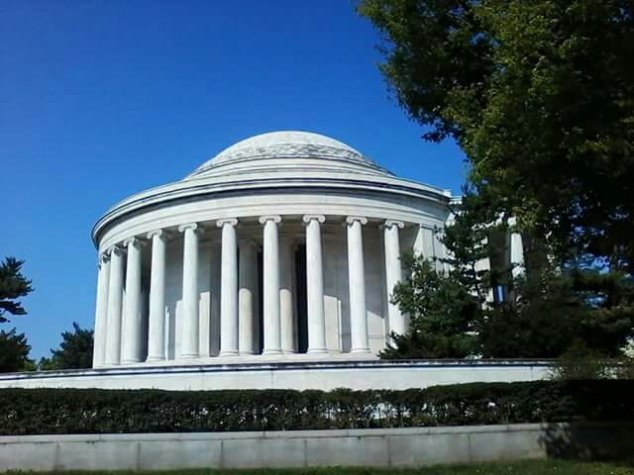 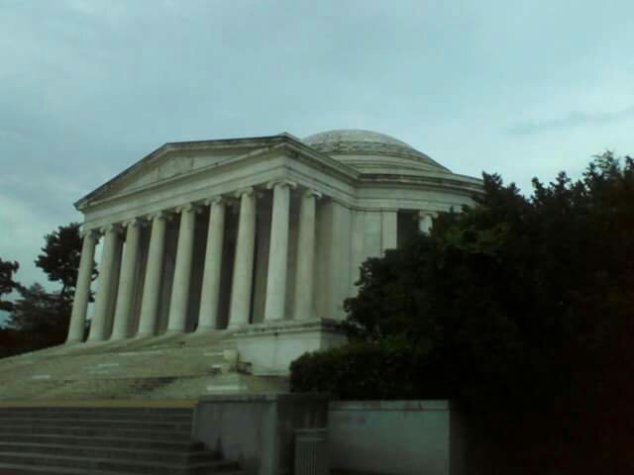 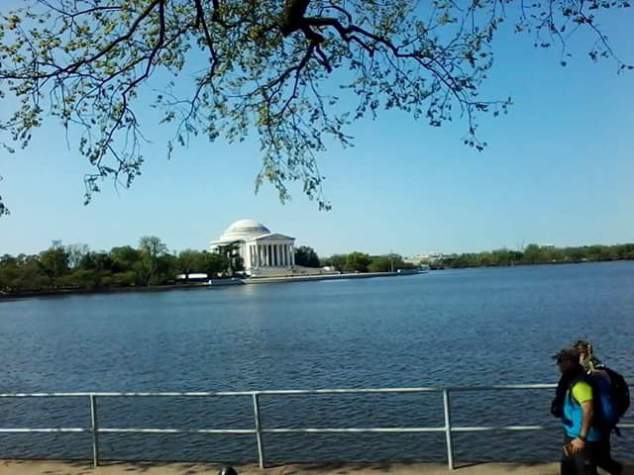