Being from New York City , I am that Pizza snob.

No pizza is as good as the pizza in New York .

Chicago style pizza, though is right up there with New York style pizza though.

When I’m up in Canada , I have to make a stop at the pizza chain known as Pizza Pizza.

Now whether they’re affiliated with Little Caesars chain here in the United States , I don’t know .

It’s one of the first places the Sports Diva goes to when I’m in The True North , next to Tim Horton’s that is.

Gotta have my Tim Horton coffee or Vanilla Latte while I’m in Canada you know.

But back to Pizza Pizza.

It’s so good and while it doesn’t hit the spot like New York and Chicago style pizza does, I can eat it all the time while in Canada .

The slices are big and they slice them in two.

Can never turn down two slices for the price of one, peeps, and like a true New York City gal, I fold my pizza to eat it.

My favorite is the Pepperoni special for $5.49.

For me it’s pepperoni pizza, ginger ale and one of the most popular kind of potato chips in the country, All Dressed.

They even have a gluten free pizza, which takes a little longer to make , but according to my Circle of Sister Mish, it’s so good .

The only no no that the Sports Diva has about Pizza Pizza is when they ask you if you want dipping sauce to go with your pizza.

Sorry, you can take the girl out of New York City , but you can’t take the Five Boroughs out of the girl .

Are you for real right now ?

You might not be a pizza fan (what’s wrong with you?!), but while in Canada, visit Pizza Pizza for some cheap eats that won’t break your budget.

For once, the Sports Diva wasn’t at home watching some sporting event.

Nor was I on another 30 Plus Teams Tour, getting ready to go to some sporting event.

Instead, I went to Carmine’s Restaurant for a late birthday dinner, courtesy of my nephew and sister in law.

There are two Carmine’s Restaurant branches in New York City .

There’s branches in the Theater District of New York City , and branches in Atlantic City , Washington DC , Las Vegas and even in the Bahamas .

The one that we’re going to is on the Upper West Side on Broadway at 91st street.

Reservations are required and make sure if you make a reservation for four people, all four of you are there when the host or hostess is getting ready to seat you, otherwise you won’t be seated.

Everyone in your party must be there.

You’ll notice that the restaurant seems to be loud.

It is and it’s not just because you’re in New York .

The tables are close to each other .

It was my first time at Carmine’s .

I’m so glad that I hadn’t eaten either a big breakfast or lunch.

The amount of food is amazing .

When you’re shown to your seat, your waiter greets you and tells you the specials for the evening.

Once you order, you’d be amazed at how big the portions of food are, even if you order an appetizer .

There were three of us at the table, and there was so much food that we ended up bringing home leftovers , even salad and bread.

Once your food is ready, your waiter brings your food out on a platter .

He or she then puts your plates on the table and proceeds to serve your food to you on the plates.

It’s a lot of food as you can tell by the pictures.

I apologize that the pictures are dark, but you can see how huge these platters are.

To say that this is a lot of food for one person, let alone two or four, is an understatement .

You definitely won’t go home hungry at this restaurant .

If you do, there’s something wrong with you.

The food not only looks delicious, it is at this family style restaurant that has been around since 1990.

Prices are higher for dinner than they are for lunch .

The restaurant on Broadway and 91st is open for lunch and dinner every day .

When you come to Carmine’s , enjoy yourself and definately bring your appetite with you. 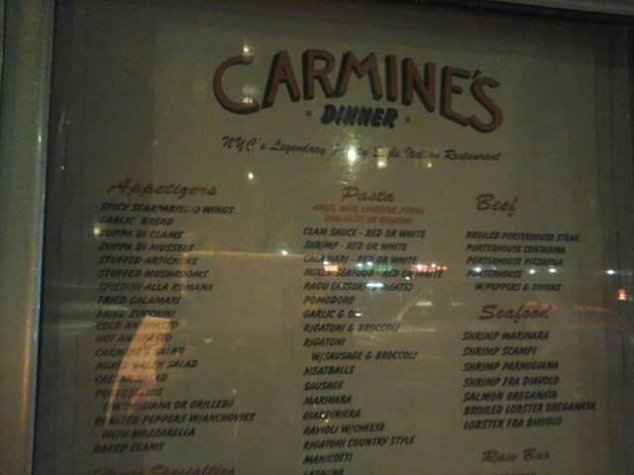 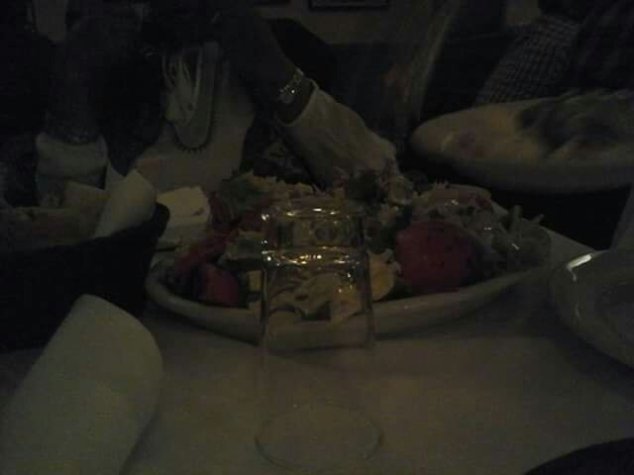 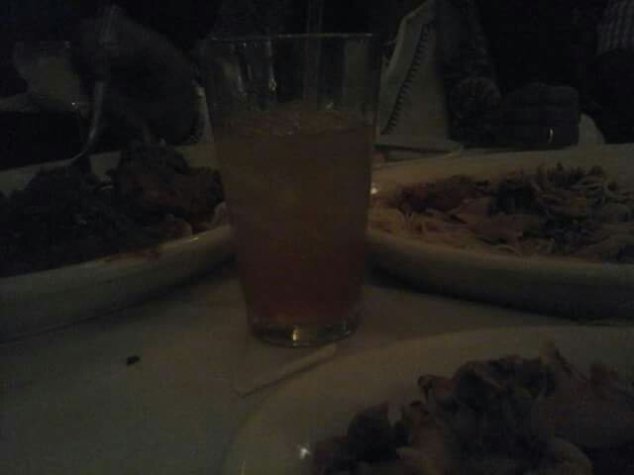 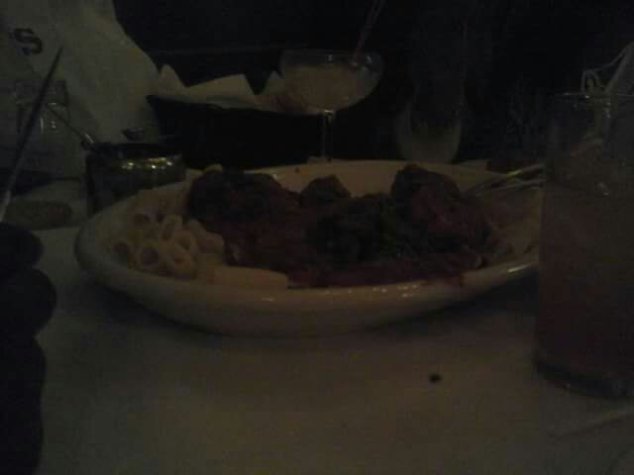 The North  End  of  Boston  is known  for  its  many Italian  restaurants ,  bakeries, Gelato stands, and Italian  Grocery stores .

It wasn’t  always  this way in this neighborhood .

The North End was the birthplace  of  Rose Fitzgerald  Kennedy ,  mother of  JFK .

The  North  End at one time was mostly  Irish .

It was also the home of  another famous  Bostonian, Paul Revere .

As you walk down the red brick road known as The Freedom  Trail ,  you’ll  come across  two landmarks  synonymous  with Paul  Revere .

The Old North  Church, where he hung two lanterns warning  the colonists  if the British were coming by land or sea , is the first stop.

Since he hung two lanterns, the colonists  knew the British  were coming  by sea to invade Boston .

You can still see the Old North  Church  just as it was way back in Revolutionary  War  times.

Next stop is to the Paul Revere  Mall, which isn’t  a  shopping  center.

It’s  the  statue of  Paul Revere  on his horse, riding  throughout  the  city to give colonists  even more information about  the  invasion ,  and also to warn the two colonial  leaders in town, John Hancock  and Samuel  Adams .

(Yeah, just like the beer. There really  was a Samuel  Adams . )

Forget  what you  learned in the history  books .

Revere did NOT say, “The British  are coming  “.

There was no United  States  of  America  at that time ,  so EVERYONE at that time  in this country  considered  themselves  British .

What  Revere did say as he rode through  the  streets  of  Boston   was “The Red Coats are coming.”

Being the big selfie  nut that you are, don’t  even try to  get a selfie with this statue .

This statue is way too  big!

There’s  so many people  walking  around  as this isn’t  only a major tourist  attraction  in Boston ,  but a very vibrant  neighborhood .

You’re  bound to find someone  willing to take a  picture  of  you and Paul Revere.

Enjoy your time in the city and say hello  to  Paul Revere if you come to the  North  End.

Baltimore  is no exception.

If you’re  no where near  the  Inner Harbor  or even  Downtown  Baltimore ,  look for  the Orange  Line Charm  City  Circular ,  which is  free.

It brings you right to the  heart  of  Little  Italy .

There’s  so many restaurants  to choose  from  once you  get  there .

You can’t  go wrong  with  the  big portions  of  food from this  family  style restaurant  that seems to  have  been in this neighborhood  forever .

For the ultimate  Italian  eating  experience ,  do what I  did.

Have a glass of  Lambrusco  to go with your meal, forget what the wine snobs say about it.

There’s  always  room  for  canolis  and cappuccino ,  inspite of the fact that you just  know  that  you’re  going  to  be  stuffed  from  all those appetizers ,  bread, and that big plate of pasta that you just ate.

After you’ve  eaten ,  take a walk through  this neighborhood  and admire the  view.

Not to mention  how many calories  you’ll  be knocking  off after that delicious  meal that you just had. 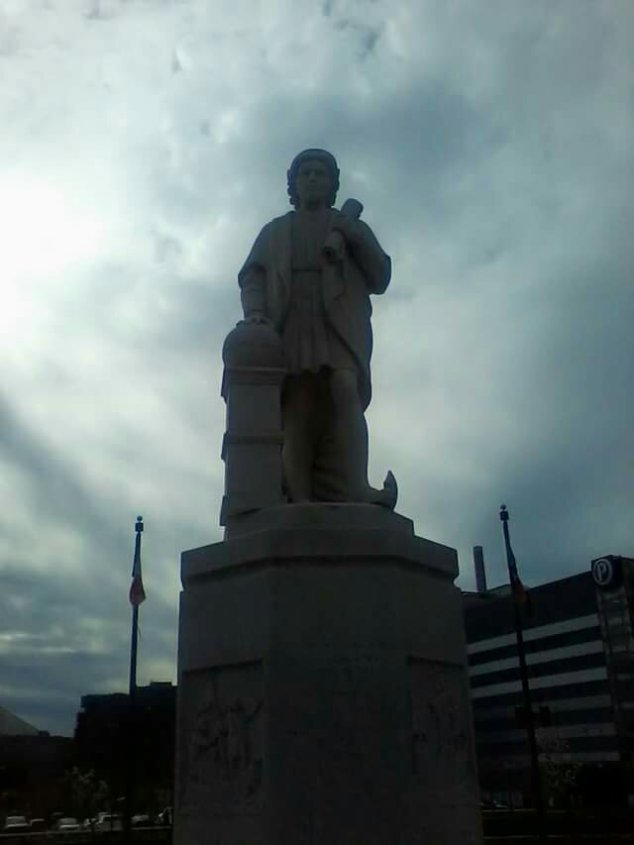 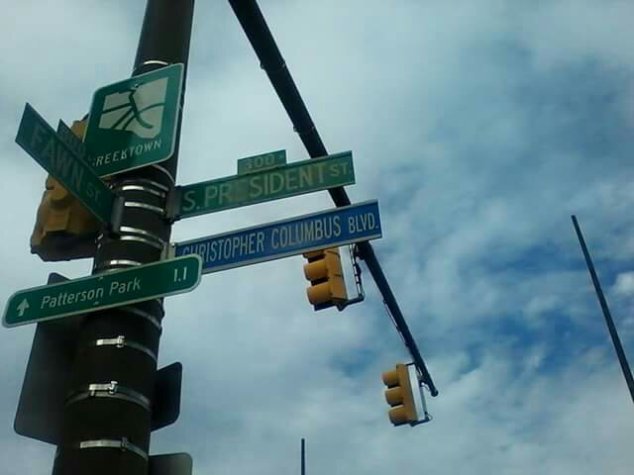 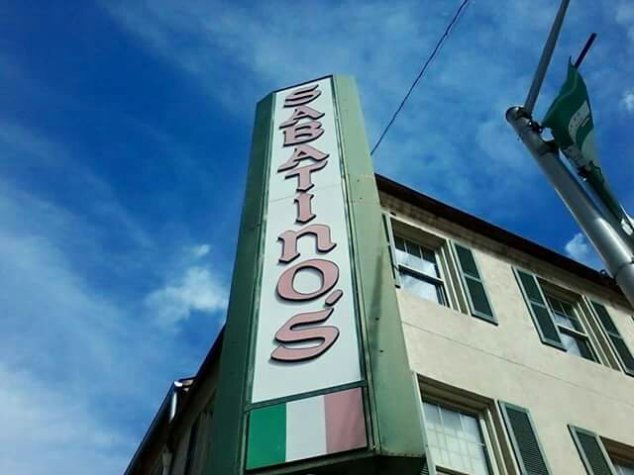