It’s number 137 on my bucket list and I finally got to take a tour of the seat of the United States government , the Capitol Building ,

The tour is free and you don’t have to take it, but I would advise definitely do it because you see so much and learn so much.

Shoutout to the tour guide that I had on my tour, Elizabeth .

She was very knowledgeable and I learned so much, such as the statues that dominate the halls of the buildings are donated by each state, and the only way a presidential statue is at the Capitol Building is because the President is deceased .

So don’t expect to find a statue of George Bush or Barack Obama .

They’re still alive and a little something called separation of the branches of government .

As with the presidents, the only way you get a statue is if you’re deceased.

You also learn that the crypt of George Washington is right underneath the Capitol Building.

A star with a velvet rope marks the spot .

It also marks the spot of where Washington DC was founded .

Most people who take the tour want to see the Capitol rotunda.

You can see it from the outside , but if you take the tour you’ll see what’s underneath the rotunda. 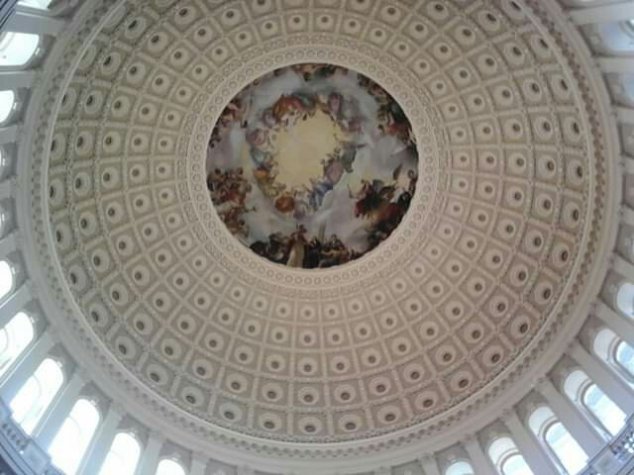 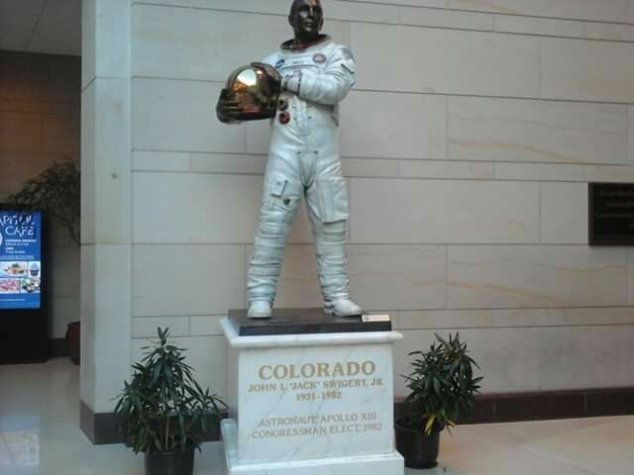 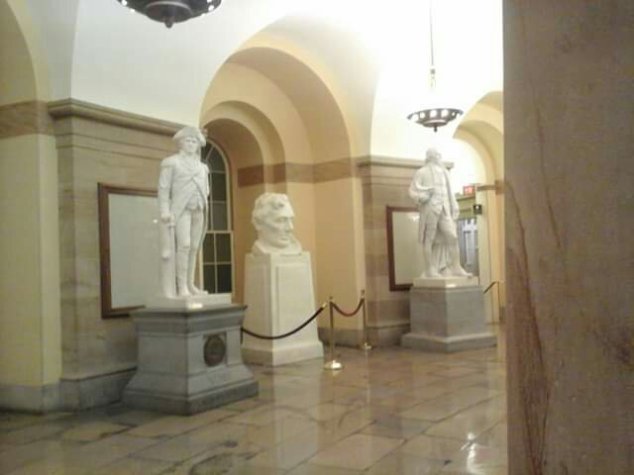 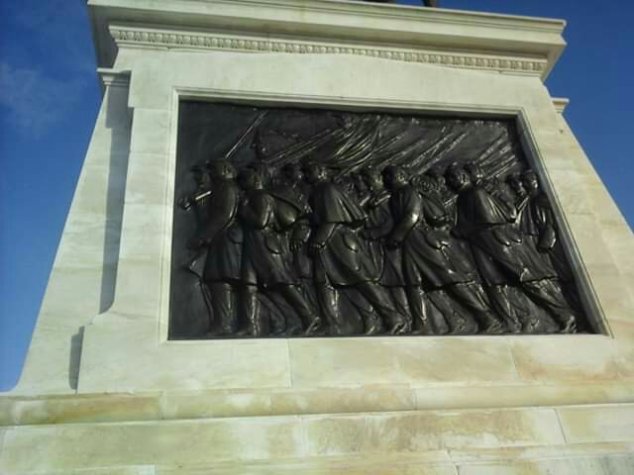 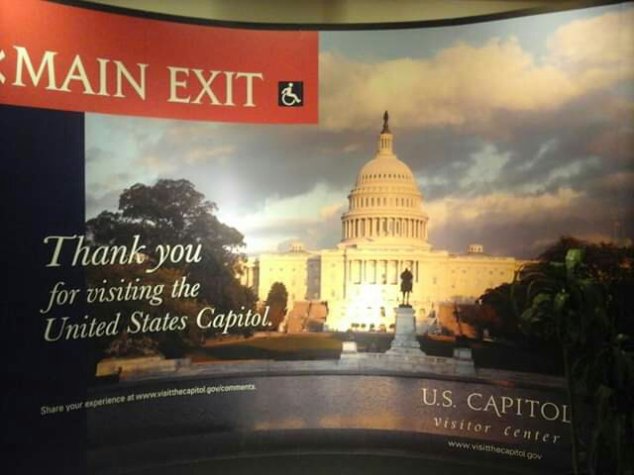 Washington DC wasn’t always the capital of the United States .

New York City was and Federal Hall was the place where George Washington was sworn in.

The Federal Hall Memorial is located right across the street from the New York Stock Market right on Wall Street .

You can’t miss this building.

It’s the one with the big statue of George Washington in front of it.

Once you walk into the building , one sees a replica of George Washington’s desk .

Everything you want to see is on the first floor, and it’s not only the story of George Washington’s journey from his home in Virginia to New York City to be sworn in, but it’s basically showing you the history of the American colonies, especially New York .

You learn the story of how this building was the first home of the United States Treasury and Customs House.

If you need some information on New York City , and other National Parks in the country, there is a information room right before you exit.

I would advise going there right after you finish seeing the exhibits .

Yes, you can take pictures here.

Admission is free and it’s open Monday thru Friday . 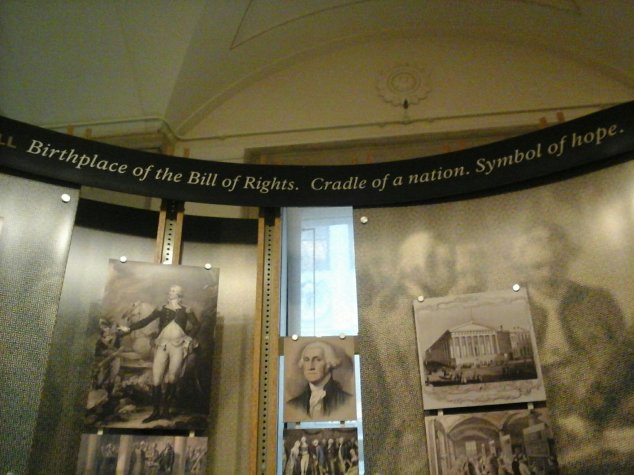 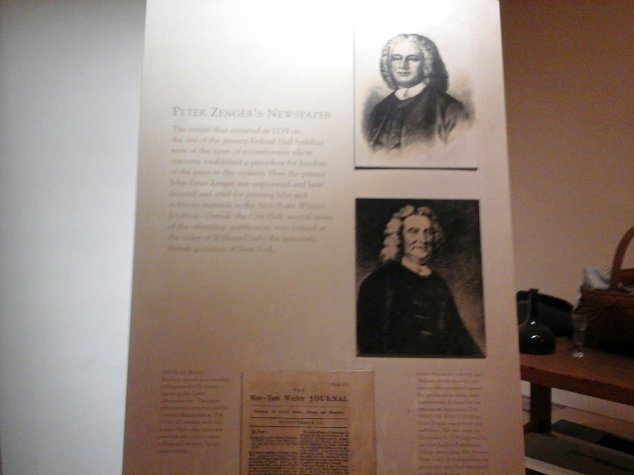 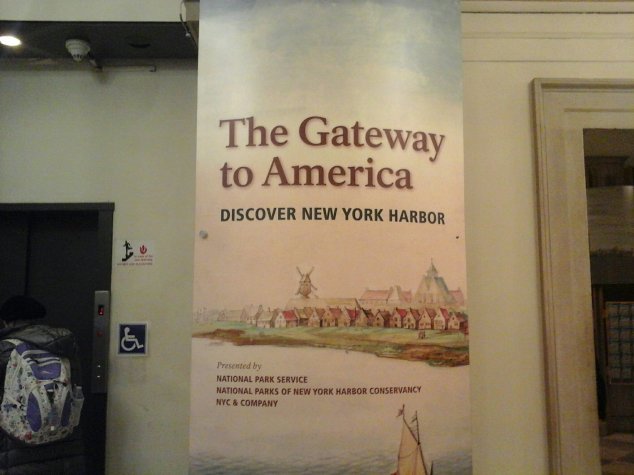 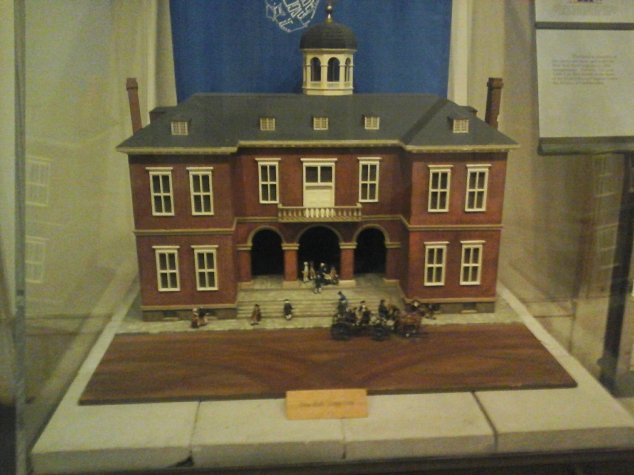 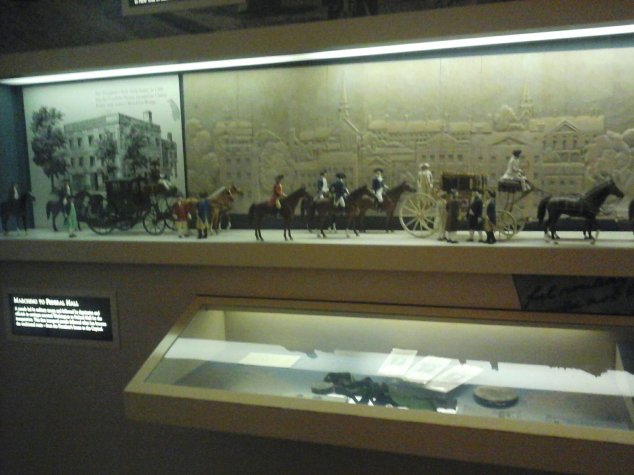 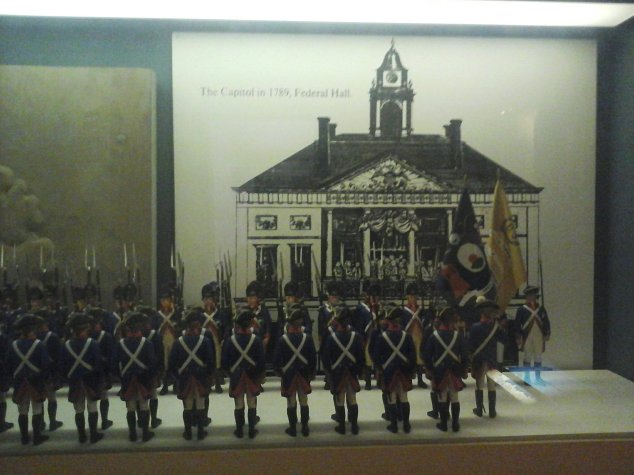 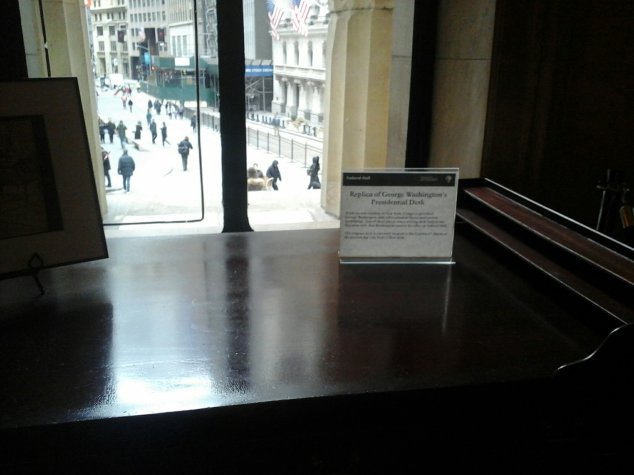 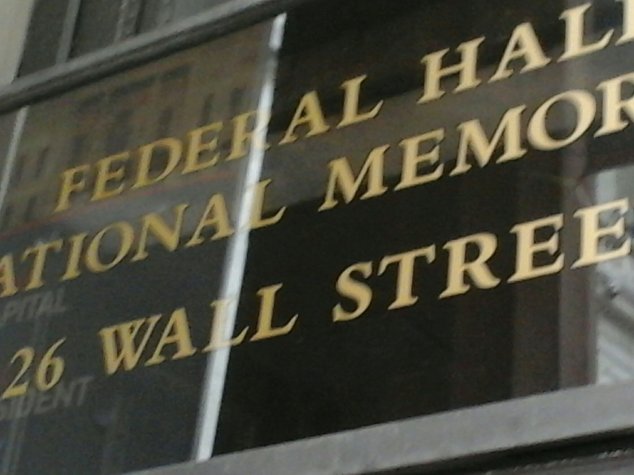 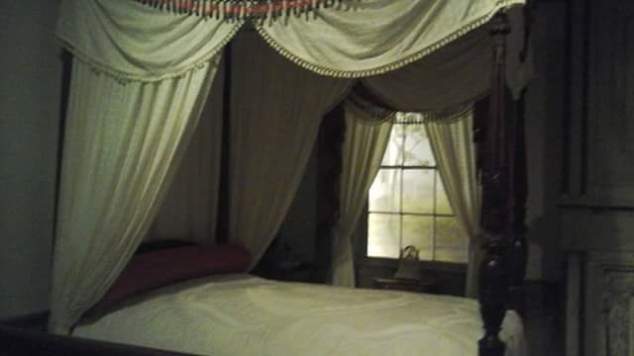 On these  two floors  not only  are there exhibits   on musical  instruments   and sculptures ,but so much  more . 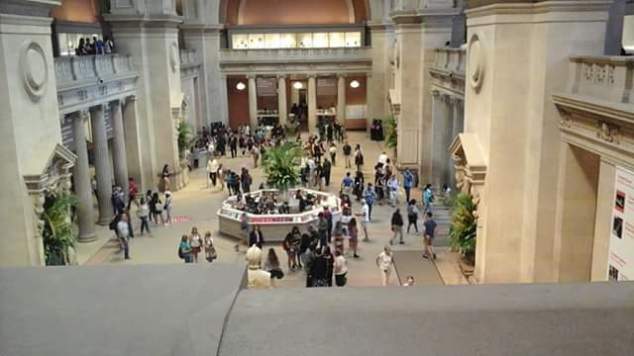 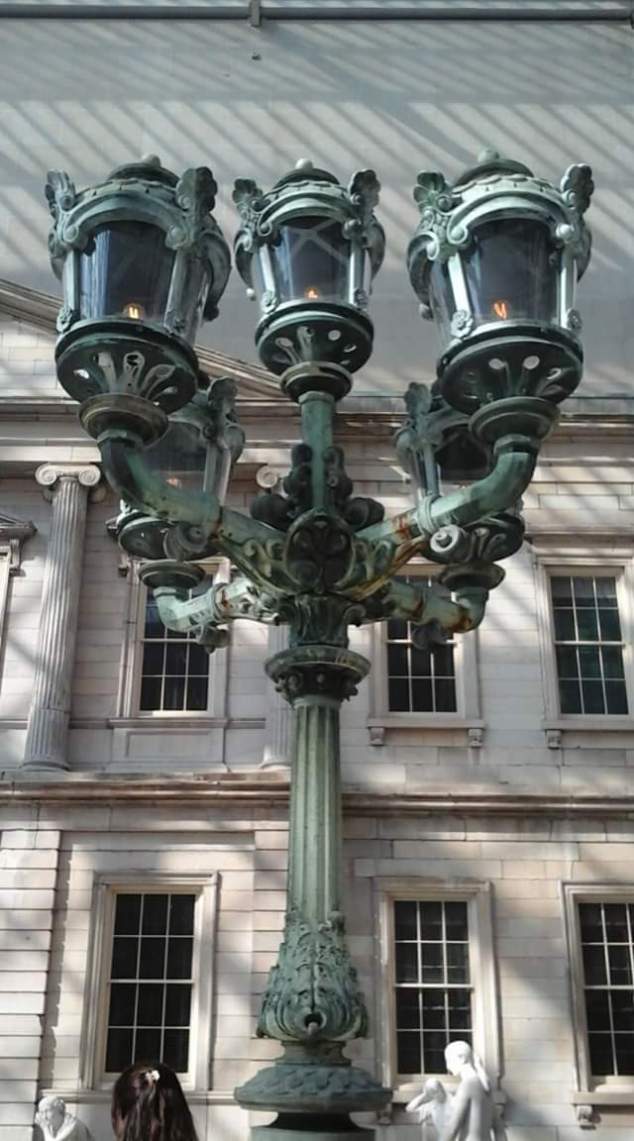 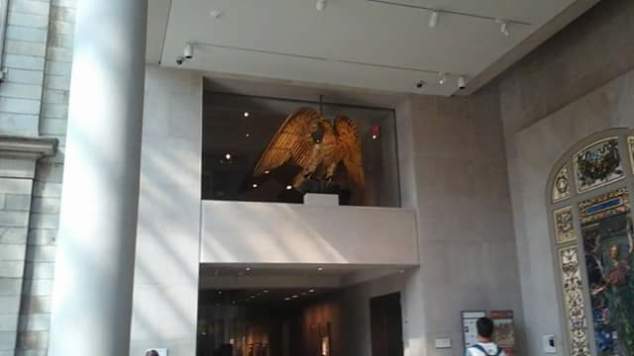 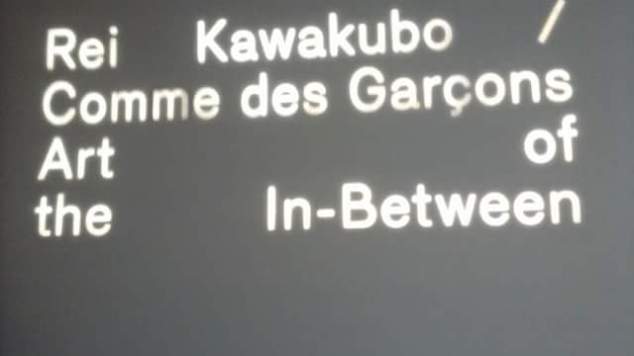 Seeing  some  of  the  sculptures  and  paintings  brought  American  History  to life  for  me, especially  the  huge painting  of  Washington  crossing  the  Delaware .

Very  inspiring   to see this painting  .

It was larger than life.

There’s  also  the  Costume  Institute  in the  museum ,  which  is  very  popular  for  those  of  us who  consider  ourselves , “fashionistas”.

In this  area  of the museum ,  works  of current  and  past  fashion  designers  are spotlighted .

This  year, it was  the  fashion  house known  as  Comme Des  Garcons .

If you live in  or are visiting  New York  City  for a while ,  you can always  come back 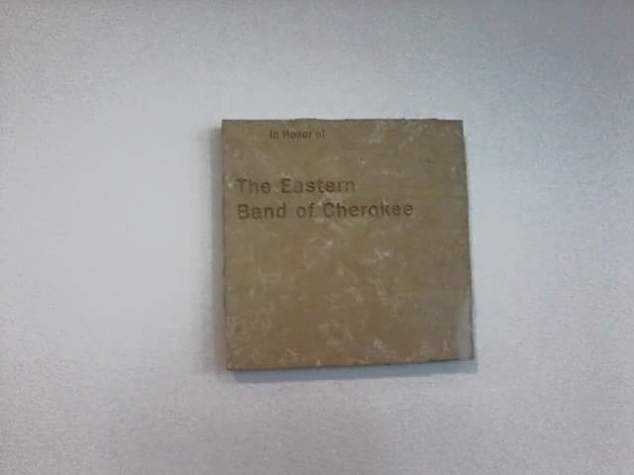 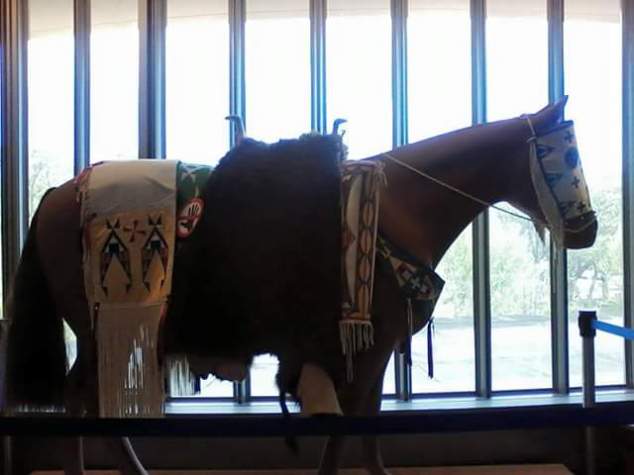 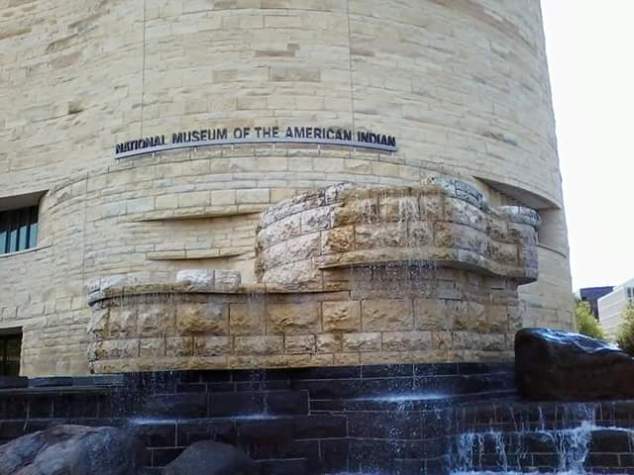 This  building ,  which  is  located  at  4th  Street  and  Independence  Avenue  is  surrounded  by  a  series  of  peaceful  and  tranquil  waterfalls .

Looking  back on my visit   now

The  Oneida  tribe  was  one  of  the  first  Native  American  tribes  that  helped  the  colonists  against  the  British . 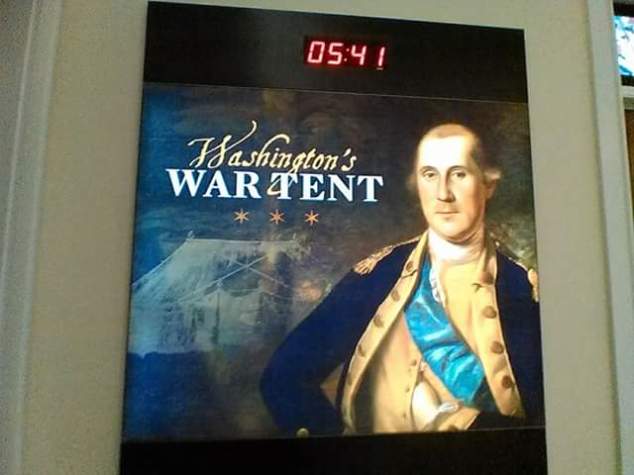 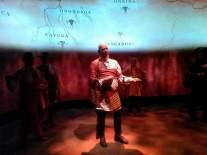 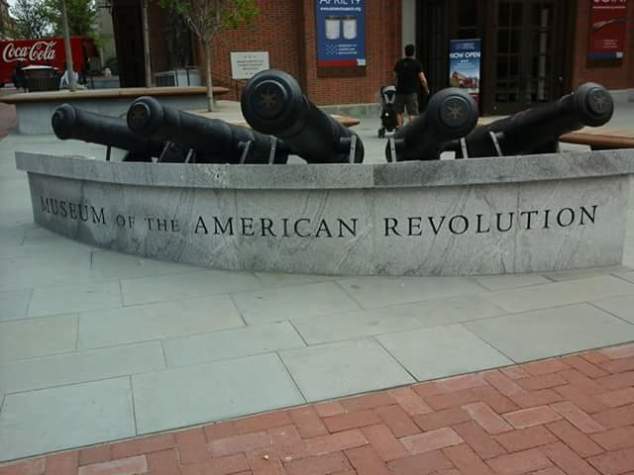 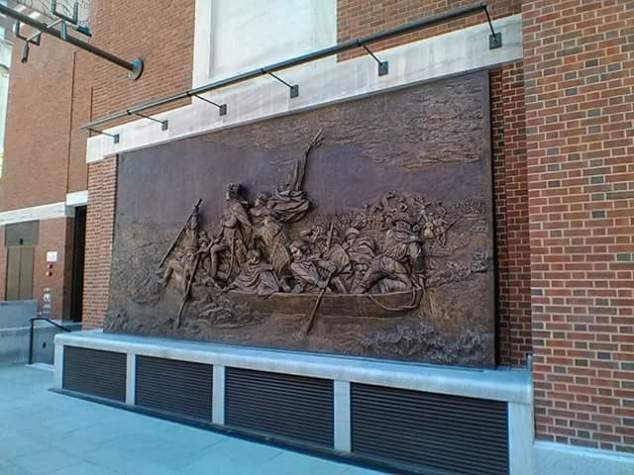 Everyone  knows  about  all  the  historical  museums  in  the  city  as  well  as  the  Liberty  Bell  and  Independence  Hall .

I recently  visited  Philadelphia  and  went  into  the  newest  museum  in  the  city .

The  museum  in Philadelphia  is  located  at  South  Third  Street ,  not  that  far  from  Independence  Hall .

After  you  visit  this  museum ,  you  realize  that  you  really  didn’t  know  ANYTHING  about  the  Revolutionary  War .

The Native  Americans  and  the Slaves .

This  museum  makes  you  look  at  the  Revolutionary  War  from  four  different  sides ,  something  a lot  of  American  children  didn’t  learn  in American  History  class .

I  particularly  liked  the  story  of  George  Washington’s  headquarters  at  Valley  Forge .

I  was  saddened  to  see  the  exhibits  showing  that  while  the  colonists  were  fighting  for  independence  from  England ,  half  the  population  in the 13  colonies  were  slaves .

I  even  liked  the  exhibit  showing  the  slaves  who  fought  for  the  British  side  because  they  were  promised  freedom .

I  would  strongly  advise  visiting  the  museum  of  the  American  Revolution  while  you’re  in  Philadelphia .

As  you  leave  your  hostel  and  walk  towards  the  Washington  Monument ,  you  notice  something  about  the  city .