Okay I know the saying is “absence makes the heart grow fonder.”, but in the case of my blogging journey, this isn’t the case.

Lately, I’ve been reading a lot of blogs that talk about how boring and tedious writing a blog post is or has become .

I’m one of those really rare bloggers who enjoy what I do and sharing my thoughts and all the places I go with all of you.

What’s my method to not getting bored by writing blog posts?

No, it’s not by writing posts when a game is on.

The Sports Diva would NEVER get a post done if I was watching a sporting event.

I’d be too busy yelling at the referees and players to concentrate on writing a post.

That’s where music comes in.

It can play a big or small part in writing your blog.

You can be listening to some soothing music as you’re writing a post about the sunsets in Hawaii or on Santorini , it’s up to you.

Personally , I hate a quiet room when I write a blog, but that’s just me.

The louder, the better.

No, not Heavy Metal music for me, that’s a little too loud for me .

Or maybe I’ve been in too many sports arenas where it is very loud.

This is some of the music that makes writing my blog posts less tedious or even not at all.

10. For The First Time – Darius Rucker

12. Vegas Lights – Panic At The Disco

Not the music you expected from the Sports Diva , right?

I actually get my creative juices flowing with these songs believe it or not.

Do you listen to music while you’re writing your blog posts?

If you do, just what songs or type of music do you listen to, if any?

Drop me a line in the comments section, and as usual, thank you for liking and following 30 Plus Teams , 30 Plus Dreams .

There are many branches of the Hard Rock Hotel all over the world, and while I have never stayed in any of them, I have spent time at the one in Las Vegas, which I did this past June.

Last week, while I was in Atlantic City, I spent time at the Hard Rock Hotel there.

This branch opened this past June.

It has many of same things that the one in Las Vegas has.

There’s even a Sugar Factory Restaurant right inside, the very same one that sells those humongous drinks just like the one in Vegas does.

This hotel used to be the Trump Taj Mahal, but like most of Atlantic City casinos, it was forced to close due to bankruptcy.

The hotel reopened as the brand spanking new Hard Rock Hotel, and like the other Hard Rock branches, there is a huge guitar right outside.

As much as I love the city of Las Vegas , sorry, not sorry, but the Hard Rock Hotel in Atlantic City makes the one in Las Vegas look like the baby sister that gets the hand me down clothes from big sis.

This place is BEAUTIFUL AND SPACIOUS !

If you want to get a drink while you’re at the slot machines, you don’t flag the waitress down as she walks by.

Look on your slot machine.

Right in the middle of your machine, there’s a drink icon.

Push it for whatever you want to drink, water, wine, beer, or hard beverages.

The waitress will bring it to you.

Just remember, tip your waitress when she brings your drink, no matter what it is.

Don’t be stingy with your tip either.

(However, when I ordered a Pina Colada, the waitress never brought me my drink. Maybe I didn’t order it correctly or something, I don’t know , but that’s another story for another day. I didn’t need that drink THAT badly.)

As for the casino floor, there are lots of tables and slots and you can move around freely.

As I mostly play the slots, I looked for the slot machines that I play a lot.

I’m “old school” so it’s machines like Wild Cherry, Double and Triple Diamonds for me.

Always the penny machines by the way .

The Hard Rock does have the cafe inside and yes, there are pictures of past and present musicians lining the walls of the restaurant, not to mention the rest of the hotel.

While the first floor is a sight to see , it pales in comparison to what’s happening on the second floor.

You can take the escalator as you watch the screen all around you showing different artists in the concert series known as “Hard Rock Calling.”

As I rode the escalator up to the second floor, the screen showed the rock group The Killers in concert followed by the Country and Western group, Lady Antebellum.

I could have watched the screen change all day, not to mention how mesmerized I was watching the stairs in between the two escalators changing colors.

The stairs were too beautiful to walk on.

I took the escalators to the second floor and checked out the food court as well as check out some of the stores.

Besides the pictures of muscians on the walls, there is an area known as “The Rock Vault”, which celebrates artists and venues in New Jersey .

I left the Hard Rock amazed at how dazzling this hotel really is.

It’s a Las Vegas style hotel with a party atmosphere and it’s right in my backyard .

I don’t need to fly across the United States to party like a rock star or like it’s 1999 (sorry but I just had to go there.)

A two to three hour bus ride from New York City to Atlantic City is all I need to get lit at the Hard Rock . 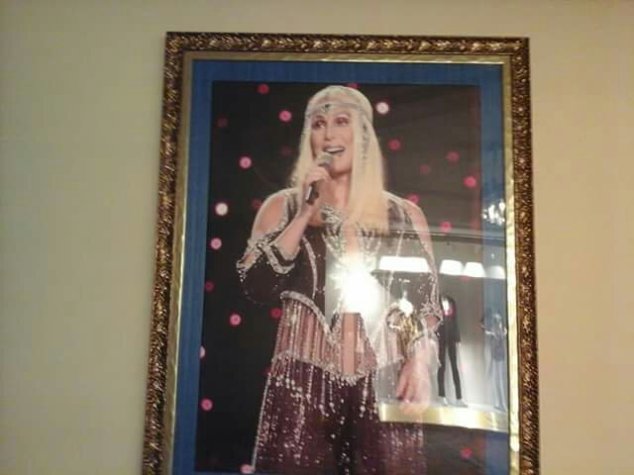 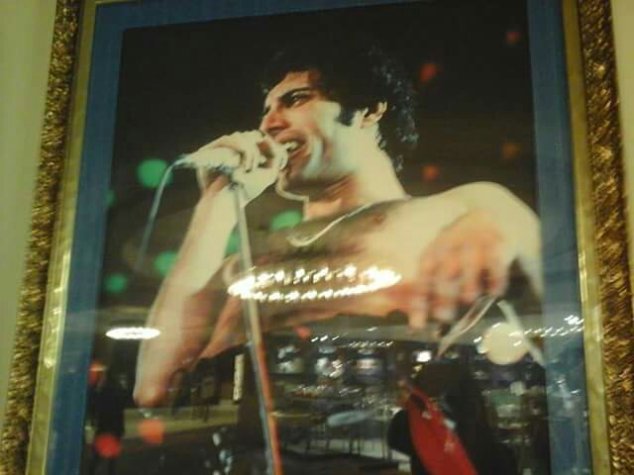 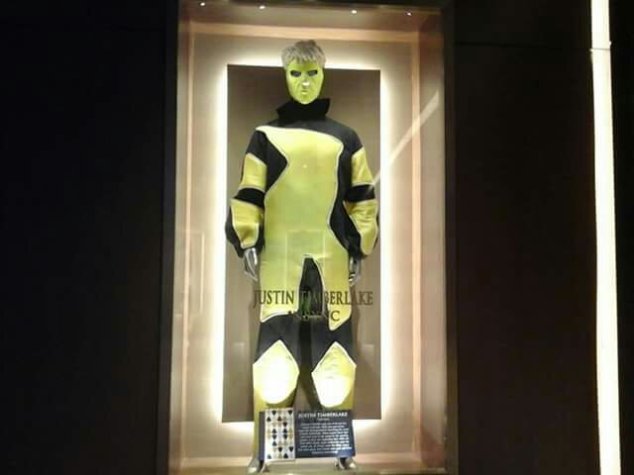 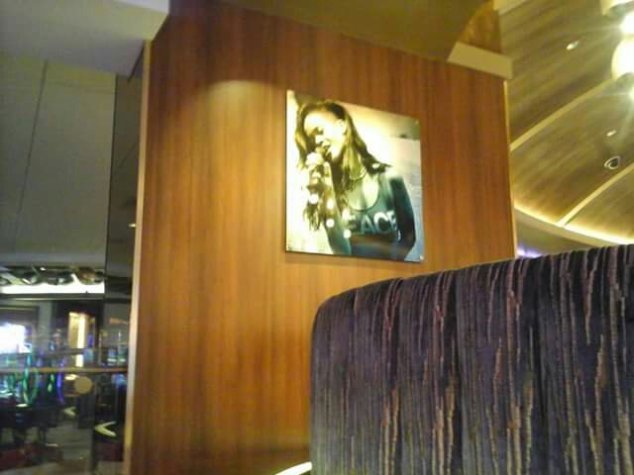 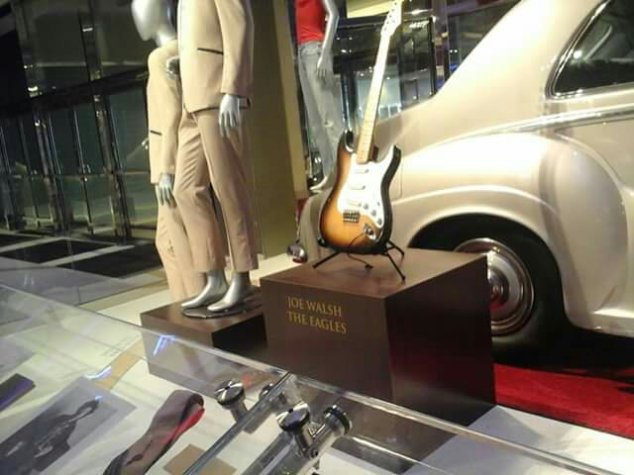 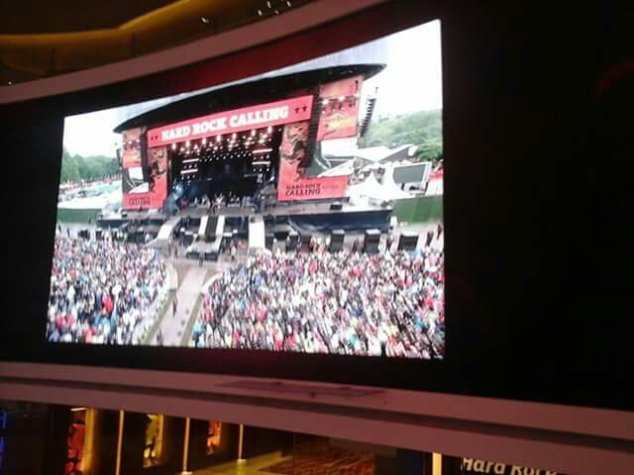 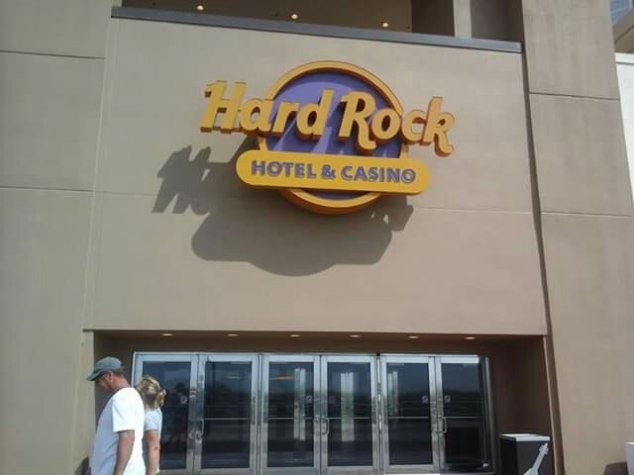 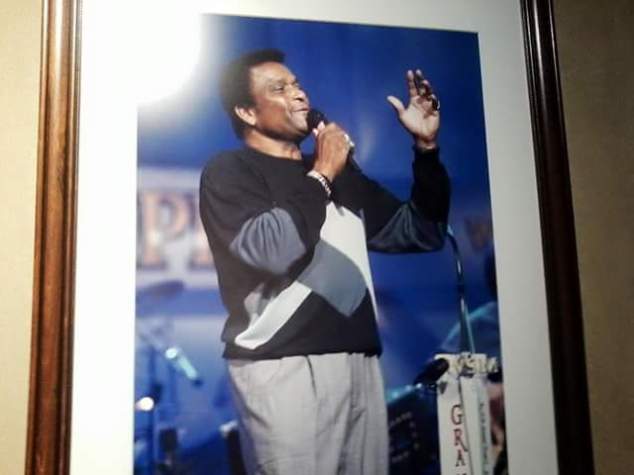 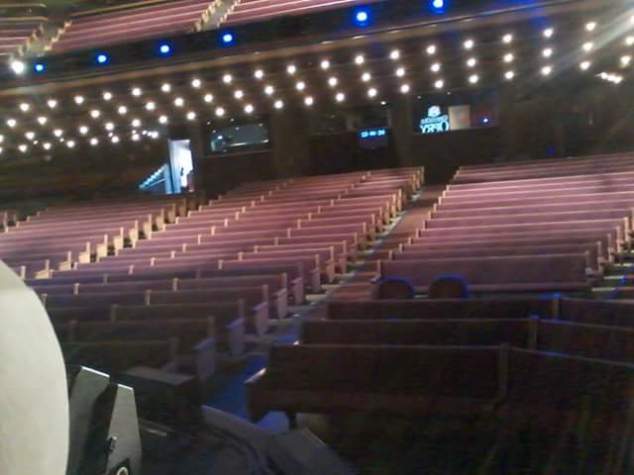 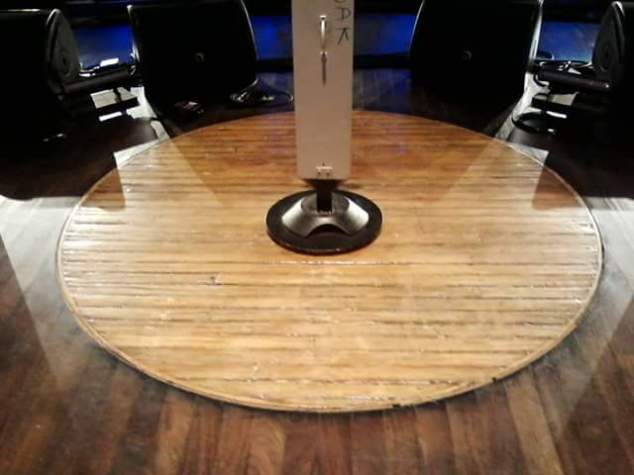 The  coming  attractions  board  tells  you  what concerts  are   coming   and  who’s  performing .

You’re  too  busy  snapping  pictures  of  the  plaques  and mailboxes .