I was doing a 30 Plus Teams Tour of one of my favorite cities , Baltimore, Maryland .

This time I’m getting ready to go on another 30 Plus Teams Tour .

I’m going to the city on the Three Rivers, Pittsburgh , Pennsylvania .

More on my adventures in the Steel City in upcoming posts .

Right now, it’s all about what’s going in my suitcase .

The last time I took a small backpack .

I’m staying for three days , but a small backpack isn’t going to cut it.

Not only is it going to be my birthday when I arrive, but after all this is a 30 Plus Teams Tour , so you just know a sporting event is just waiting to happen, and yes, the Sports Diva is going to be there, God willing .

Besides the hair products , unmentionables , and toiletries , let’s see just what else is going in my suitcase .

Sneakers from Payless Shoe Stores and boots from Macy’s , cause it may snow in Da Burg !

Yeah , I’ve gotta bundle up. Temperatures are supposed to be in the 30 ‘ s. Coat from Marshalls .

Robe from my late aunt and pajamas are from Primark Store in Boston .

Black jacket from thrift shop , gloves from Rainbow Shops , and of course my stuff animals, Jorge, Aaron , and Piglet MUST come along for the ride. 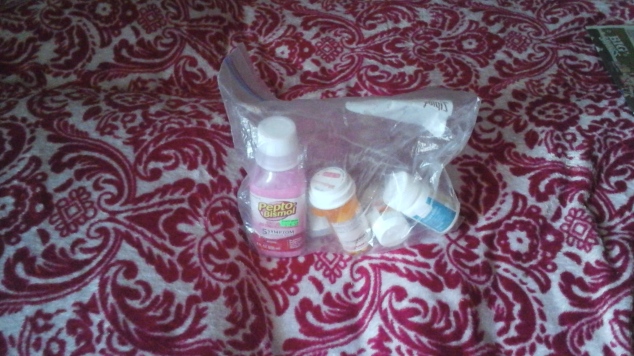 Unfortunately , these guys have to come along for the ride too.

Grey shirt from Uniqlo Store and shirt from Penguins store. This is the player’s name that happens to be on the back of the shirt in the above picture . As he is one of my favorite players on the team, you’d better believe this shirt is going to be in my suitcase . Being the Team Sports Apparel Fashionista that I am , I will be ROCKING this shirt at the game.

There’s what’s going to be in my suitcase this time.

What goes in your suitcase when you go away?

Let me know and as usual , thanks for liking and following my blog .

Another 30 Plus Teams  Tour  of New York  City  /New Jersey  is about to happen .

Again I’m  off to  Prudential  Center  in Newark, New Jersey  to see the New Jersey  Devils  and Boston  Bruins  play, and yes, I’m  going to  take the PATH  train .

What do you wear when your 30 Plus  Teams  Tour  of a city includes a hockey game ?

If you really  aren’t  a fan of either team, you can go with the team  colors.

Don’t  put on a jersey of a team that isn’t  even playing .

It might be a hockey game you’re  going to but don’t  bust out a New York  Rangers  or a Pittsburgh  Penguins  hockey jersey unless those teams are playing .

Stay in your lane.

If you decide  to  go with the “it’s a hockey game ,   so I’m  going to wear a hockey jersey  no matter what team it is” thingy, be ready for some side glances not only from the home team fans, but from the visiting fans too.

Hockey fans are very passionate and will definitely  make comments about the swag you have on.

Also ,  please  don’t  show up in a football  or basketball  jersey to a hockey game.

Really, don’t  take it there.

If you have to, buy a hat from the city that you’re  in.

Better yet , don’t  wear any team stuff or their colors  at all.

Just go to the game and take in all the craziness  that is seeing a hockey game in person .

What about if one of your teams is playing?

Let me show you.

1. My Boston  Bruins jersey that I brought from the Hockey Hall of  Fame Store in Toronto  oh so many years ago.

2. My black pants from The Rainbow  Shops in the United  States.

3. My sneakers and socks are from Payless  Shoe Stores in the United  States.

5. The necklace  belonged  to  my late aunt and I  wear it all the time.

To complete my what to wear to a hockey  game  look, oh yeah, you’d  better  believe  I’m  going  all out.

My jacket has the colors of the team that I’m  rooting for.

Gold (yellow) on the inside and black on the outside .

It’s  not reversable ,  though.

On the front ,  there’s  the logo of the Boston  Bruins .

Now THIS is what  to wear when you go to a hockey  game . 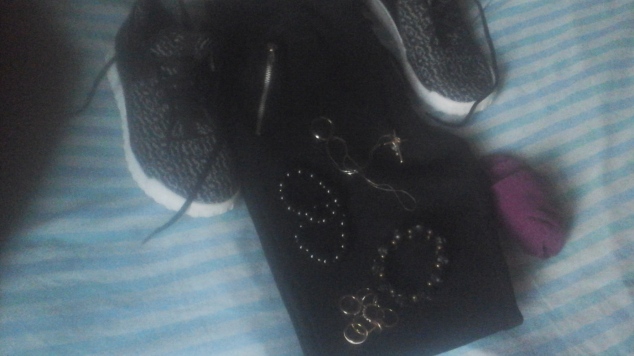 My stuffed  animals  – who you just know  are named for athletes ,  except  one. Her name  is  Posh  Spice

Going  to  or watching  a sporting  event

Jack Daniels  and  Fireball  Whiskey  – Yeah, I  like  my adult  beverages

Opening  ceremony  of the  Summer  and  Winter  Olympics , especially  when the countries  make their  entrance  into  the  stadium

Flying  in  an airplane

My family and My Circle  of  Sisters 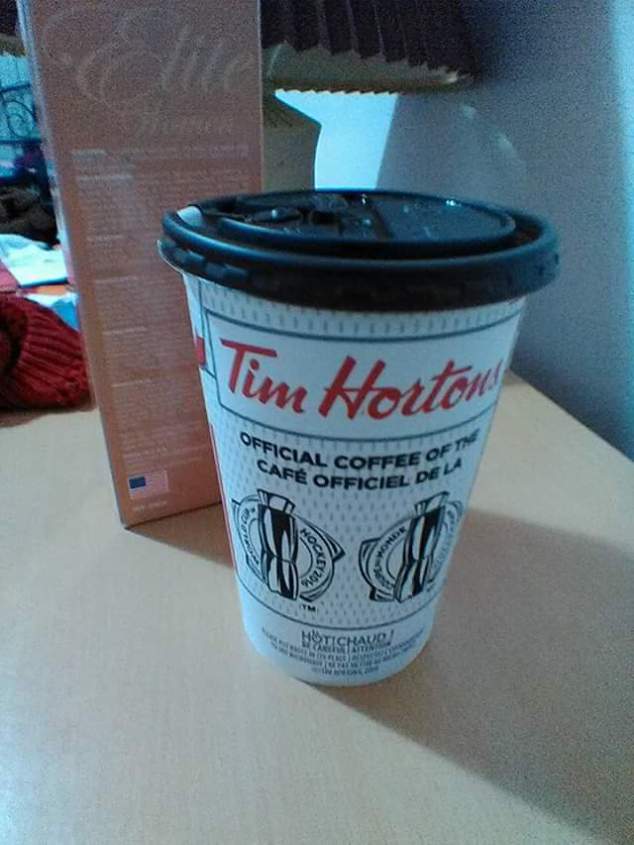 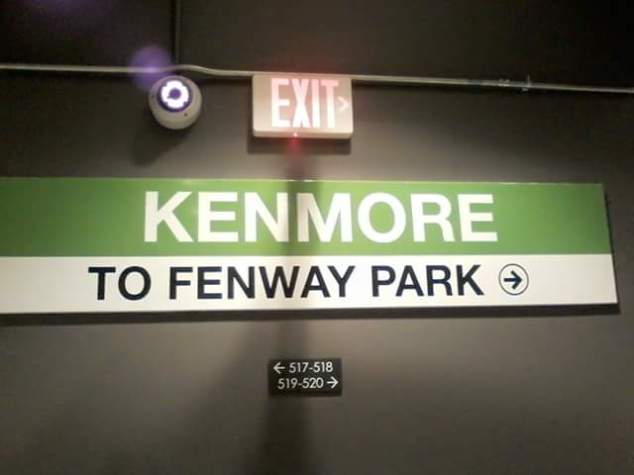 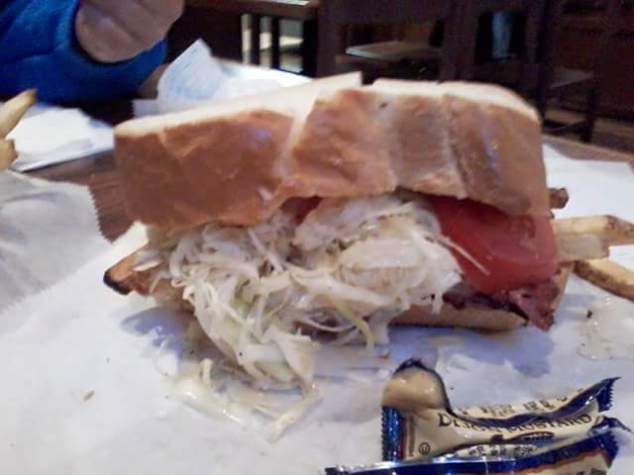 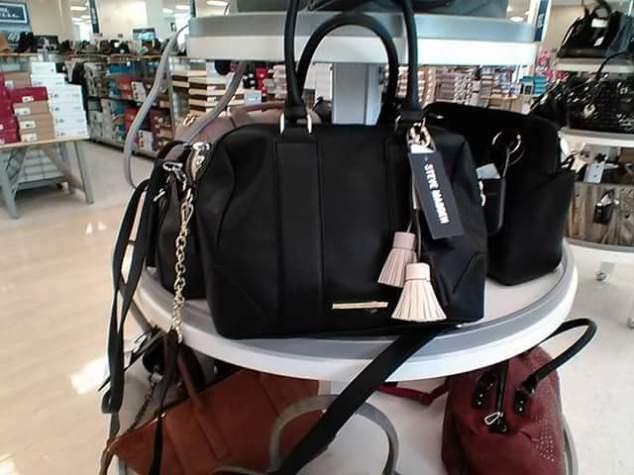 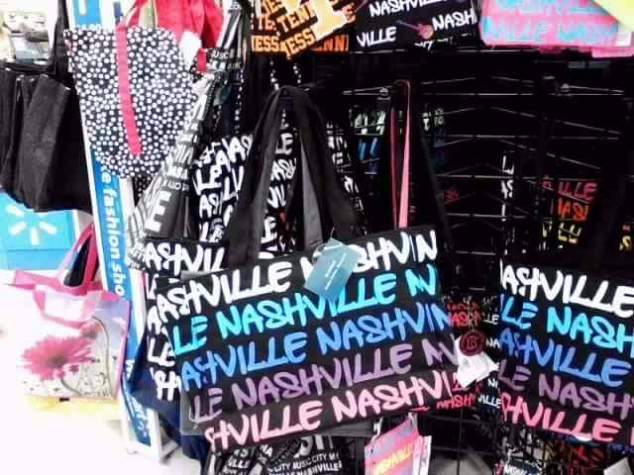 Let me  know  in the  comments  section .